Proud of our past, focused on our future

1997. This is where it all began! Formed by a group of local parents that began training sessions for U7’s – U9’s on the local fields by Lobleys Drive. Interest soon gathered and ‘Abbeymead Rovers’ was born with 80 members.

The 1st Club Presentation Event was held that year, celebrating their early success, and has been held annually ever since.

This period saw ‘Abbeymead Rovers’ grow from strength to strength and we became imbedded as an integral and valued part of the local community.

2000 saw our 1st Annual Tournament which was a great success and has continued to grow in popularity, becoming one of the largest and most respected Tournaments in Gloucestershire. Covid has been its onl y obstacle, causing us to cancel in 2020, and change the format for 2021. However we fully intend to return in 2022 bigger and better than ever.

In 2004 we establised out first Mens team after a merger with a local squad called the ‘Patriots’.

This year also saw the formation of our first girls team. This section has grown steadily over the years and is now our fastest growing.

We were so proud to be awarded ‘FA Charter Standard Statue’ in ‘2004’, and are even prouder to say that we have maintained this status ever since. This award is only given to Clubs that demonstrate a high level of quality not only in the football tuition they deliver, but also in the administration of the Club.

2007 saw us form an alliance with Abbeydale Community Association (ACA) with whom we successfully bid for funding which enabled us to construct the 3G training pitch and changing rooms you see today at the now named Abbeydale Sports & Community Centre. The vast majority of our teams train here during the week with our youngest age groups training on Saturday mornings.

Our Ladies team was established in 2008 and we are so proud to say that they are still going strong.

Our Community Section was also founded this year allowing children and adults with disabilities to play football safely. We cannot thank Dale Rawlins enough for establishing this section, a most important part of the club, and for providing their constant support from the beginning until Covid prevented them being able to meet safely. We are looking to re establish this vital group as soon as it is safe to do so.

We added to our ‘FA Charter Standard Status’ in 2011 by being awarded an ‘FA Charter Community Club’ award. This is the highest possible classification a grassroots Club can have. We couldn’t have been prouder. This again has been maintained ever since.

The same year our Mens 1sts won the Stroud & District Football League Division 1 and secured promotion to the Glos Northern Senior League where they remain to this day.

During this period we added a 3rds men’s team to the adult set up to accommodate the number of players wanting to play for us. Starting in the Stroud & District League Division 8 they are still going strong today, with only one year out due to lack of numbers.

2014 saw us win Gloucestershire FA Community Club of the Year. An accolade we are immensely proud of.

In 2015 our Chairman at the time Stuart Langworthy created our first Walking Football team, one of first in the country. They quickly became affiliated to the Walking Football Association and proved extremely popular growing to several teams very quickly.

Also in 2015 we set up a Sunday League team, but unfortunately it did not prove as popular as we had hoped and was disbanded in 2018.

Our ‘SuperVets’ formed in 2016 giving our more ‘experienced’ members a chance to play competitive football.

We turned 20 years old in 2017, a milestone celebrated throughout the Club. We have grown from very humble beginnings to be one of the biggest and successful Grassroots Clubs in the country. We have been consistently recognised and are very proud of our reputation.

2018 saw us awarded ‘Gloucestershire FA Charter Standard Club of the Year’ and became one of the very few Clubs to have been awarded this sought after accolade twice.

We also received the ‘Community Club of the Year 2018’ award at the Gloucestershire Live 2018 Sports Award ceremony with several members of the Club attending to happily take possession of the trophy.

2019 saw the retirement of our longstanding Chairman Stuart Langworthy. Anyone who knows Stuart know that he lives for football and he, together with his wife Judith, built the club to be what it is today. We will be forever in debt to this dedicated pair without whose wisdom and experience we would not be in the position we are today. We cannot thank them enough but hope to do them proud as we go on. We are honoured to have them as our President and Vice President so they will still be involved with the Abbeymead Rovers family for life.

Unable to give up football Stuart has gone on to be a massive part of our current Walking Football section, building it up from just a few players to several teams becoming one of our largest groups. Oh and by the way he is the current England over 60’s walking football manager no less!

2022 we turn 25 years old. We are hoping to hold a celebration day on 4th June, watch this space for details.

This year also saw us become a England Football 3 Star Accredited Club as the Charter Standard award scheme is upgraded by the FA.

At the start the Chairman and Club Secretary Roles were shared by our 3 Founding members, so until 2003 Andy Tickner, Colin Jackson & Nolan Broadhead took on those responsibilities. 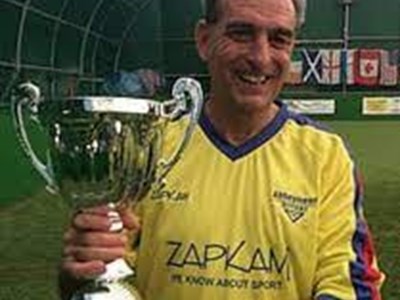 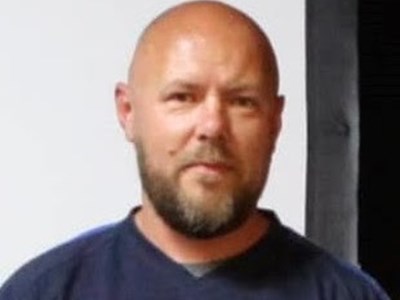 Find out more about Abbeymead Rovers FC, from our History and Facilities to Club Document downloads.

A safe and fun environment